A diagnosis that changed everything. 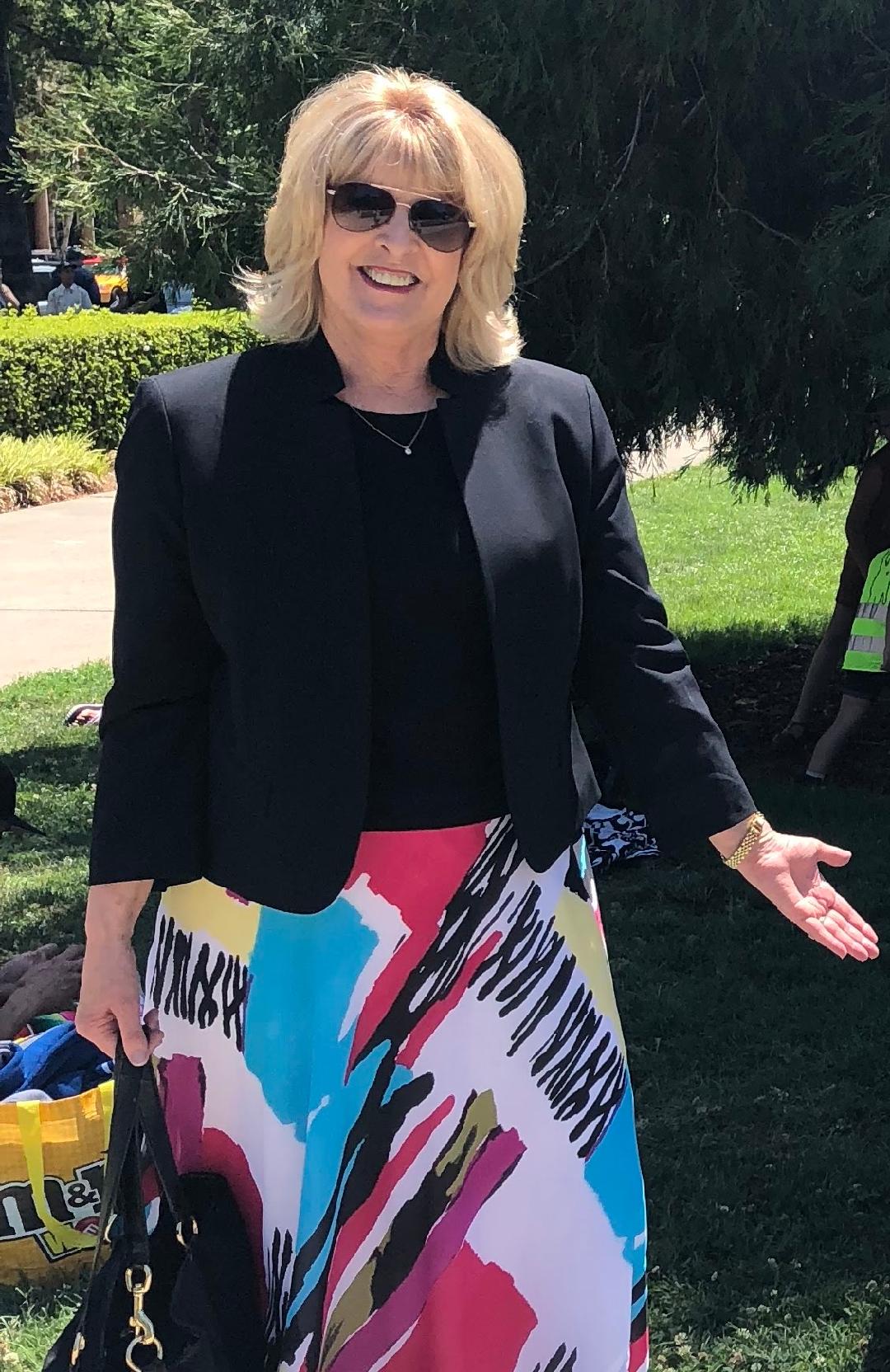 For Teresa Pasquini, it has led to a lifetime of activism – and making a difference for people living with serious mental illness.

July 6, 2020 - Teresa’s son was just 16 when he was diagnosed with schizoaffective disorder.  For their outgoing, good-looking boy, (his name is withheld as he is conserved) this was something the Pasquinis did not expect and were certainly not prepared for. But with the benefit of private insurance and access to state programs, he soon had a psychiatrist, a psychologist and a pediatrician working in sync with his family. A combination of treatment, medication and supportive education helped him complete his high school diploma and hold down a job. Both Teresa’s son and his parents attended support groups to learn how to manage his care. He seemed to be stable. . . until he wasn’t.

“When he turned 18, my son fell off the edge of a cliff and into the black hole of the adult system of care,” says Teresa. “His journey in the California mental healthcare system began with a 5150 that came literally on his 18th birthday. Twenty years later, the majority of his adult life has been spent in locked facilities.”

Meanwhile, the Pasquini’s daughter graduated from college and earned a master’s degree. But for her son, Teresa’s dream has been just to keep him alive. He has experienced a 5150 hold over 40 times since entering the adult system, and has been managed under a Lanterman Petris Short (LPS) conservatorship for 20 years.  He’s been both the beneficiary and the victim of a patchwork of Federal, state and county programs and facilities that sometimes work at cross-purposes.

“People with serious mental illness die an average of 25 years younger than the rest of the population,” says Teresa. “California designed their system in a way that has created a lot of harm – the evidence is on our streets and in our jails. It places the burden of care-giving on families without adequate support. I don’t think this was intentional, but the Federal Government’s Institute for Mental Disease (IMD) exclusion that prevents the Medicaid population from receiving care in a facility that is over 16 beds is driving the seriously mentally ill population into jails.”

Defining what constitutes serious mental illness has also been a problem. According to Teresa, each of California’s county authorities puts their own spin on it, and each has its own agreement with the government for Medicaid, which is a carved-out system from primary health care services. “For any other illness, you can draw down Medicaid dollars to pay for residential services in a facility over 16 beds, but not for serious mental illness ,” she says.

A voice for change

Teresa’s 20-year odyssey to find care for her son transformed her from an angry Mom into a vocal and effective advocate for change in the California mental healthcare landscape.  In 2006, she was appointed to a volunteer seat on the Contra Costa County Mental Health Commission.

“Each county is mandated to have a mental health commission or board. My board of supervisors representative interviewed me, and I told him that I was a rabble-rouser,” Teresa related. “Initially, I don’t think he knew what he was getting into, but he reappointed me twice. I spent nine years – consecutive three-year appointments, working at that job. Everything was volunteer – I didn’t even take reimbursement for mileage, because I wanted to keep my voice pure. I wanted to be able to speak freely about the harm and suffering I’ve seen. I was pretty angry, because nobody was talking about the stuff that was happening to my family. It was like being a skunk at the garden party.”

The county mental health care systems are comprised of different “silos” of care.  There is a hospital-based system and a community-based system. As a Commissioner, Teresa was responsible for overseeing both, and she noticed a lot of finger-pointing when things went badly.

“I was invited in 2009 to participate in an improvement/listening session, and I thought, ‘Good! I’ll get to be with the decision makers.’ That meeting changed my life. It was the beginning of taking my anger wall down because it was the first time we were all discussing a shared purpose of improvement and acknowledging pain.  It was the first time my family’s situation was acknowledged as unacceptable. As the Chair of that initiative, known as the Behavioral Health Care Partnership, I was a member of the executive team at the county hospital, who sat in like any other staff person.”

Creating a continuum of care

What came out of that commission was the conviction that Contra Costa County needed to establish partnerships across the continuum of care. Teresa and her son had personal experience to illustrate the point.

“He was in California Psychiatric Transitions (CPT), a locked facility in Merced County, which was a very high-cost facility,” said Teresa. “Many counties send their clients here who have struggled in lower levels of care. He was once again getting into discharge-ready shape, but he had failed in transitions to the community for 20 years. The previous time he came home to us but the right care wasn’t there to keep him in recovery and stable. We did our very best, but it was too much. We weren’t able to leave our home for over a month to keep him safe. . .  Then, we left for two hours to go to a movie and there was a suicide attempt. I just couldn’t let him die on my watch,” she said.

Teresa’s close friend Lauren had paid privately to have her son stay at the Psynergy Programs facility Nueva Vista in Morgan Hill, and had been very impressed with it.  Several other patients who graduated from locked facilities were stepping down successfully there, but Contra Costa County did not have a contract with Psynergy. Because of her long partnership with the county’s mental health establishment, Teresa felt comfortable communicating with the leadership about her son’s situation.

“I acknowledged how much the county and our family had invested into getting him into the best shape that he’d ever been in since diagnosis,” said Teresa. “I let them know that he was ready for a step down, but sadly, the options available in our county were ones that he had failed in previously. I didn’t want him to fall off the cliff again.”

Teresa spoke with Psynergy’s Director of Government and Public Affairs Lynda Kaufmann, who described the program in detail and urged her to come and see it. On the basis of this research and the recommendation of other colleagues, she wrote to Contra Costa County and asked them to road-test the program with her son as a test case.

“One thing that was super important to me was that I didn’t want this opportunity to be only for my ‘privileged’ son whose Mom has all the connections, and gets special care,” Teresa stated. “I didn’t want this to be just for him. I wanted to test it with him, start a pilot program, and if successful, expand it.”

Teresa’s son has been at Psynergy Programs’ flagship facility in Morgan Hill for just over a year now, and it’s been amazingly successful – literally, his first successful transition into an unlocked setting since his original diagnosis at age 16. He has blossomed under the oversight of Psynergy’s caring staff and community, and his Mom says that the equine therapy program has been a very positive influence.  In her white paper #Housing That Heals, Teresa refers to Psynergy as “one of the few gold-standard adult residential facilities in California.”

“Psynergy has a really innovative model,” says Teresa. “The fact that my son can walk out an unlocked door and go just next door to see a psychiatrist or therapist that he trusts and is connected to has unbelievable value. I am convinced that this is the reason he has done so well and maintained his stability. Psynergy is based on a hospitality model, with nice rooms, attractive public spaces and wonderful food. He is not only welcomed but has become a beloved member of the community. That is the result of having a co-located specialty mental health clinic adjacent to the facility.”

Teresa noted that this unlocked “therapeutic community” is also extremely cost-effective for the county. At an average base cost of $135 per day versus the $350 and up per day at CPT, the savings for this model are a real selling point.  After their behavioral health director and medical director toured Psynergy’s Sacramento campus with Teresa and her friend Lauren, Contra Costa County moved to expand their initial contract, joining the 27 other California counties who now have a relationship with Psynergy.

“My county is now in love with Psynergy,” says Teresa. She noted that most Psynergy campuses now offer a range of housing options, from living in a dorm-like setting with cost-effective shared rooms, to semi-independent cottages where residents can ‘step down’ even more.

Teresa experienced a joyful moment of déjà vu a couple of weeks ago when her second child – her son – enrolled in college.  He is studying computer basics, keyboarding and writing, in order to tell his story.

“It’s been such a journey,” says Teresa. “I’m so grateful that I’ve had the ability to fight for him because I know mental healthcare can be better – Psynergy is an example of that.  He did need that time in a locked setting at CPT. I don’t think Psynergy would have been comfortable taking him without the stability he gained there. Many people think it’s only black or white – locked versus unlocked. Sometimes those with serious mental illness need both – they need the opportunity to get well enough so that they can step down and live free,” she asserts. “We don’t just need more acute beds or more IMD beds, we need more of all levels of care – a genuine continuum of care, available when someone needs it. It’s meant everything to us as a family to see our son able to walk free, live free and be happy and healthy.”