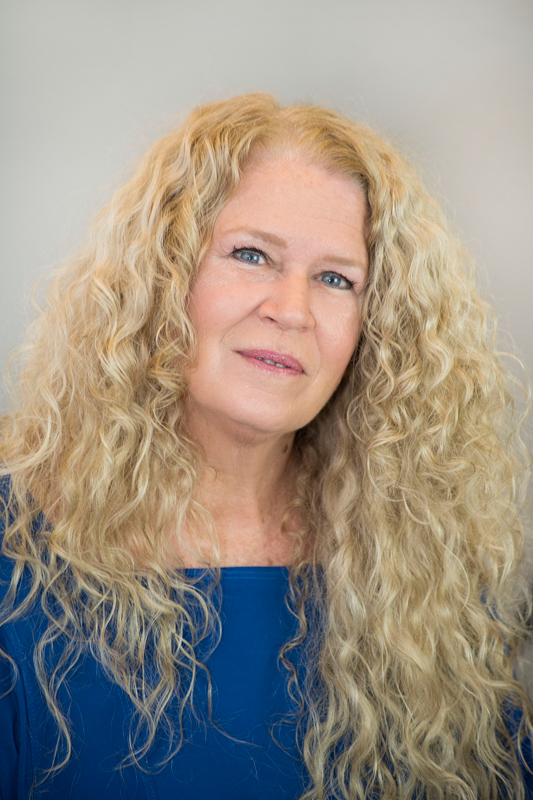 August 1, 2019 - Psynergy’s own Lynda Kaufmann has been nominated to the CNN Heroes program for 2019, whose goal is to identify people who truly make a difference for the community. CNN calls them “everyday people who are changing the world,” and each year 10 individuals are selected as finalists, each receiving a $10,000 prize. Finalists receive worldwide recognition as the winner is chosen through online voting. The $100,000 winner will be announced on Sunday, December 8 in a live, global telecast from the American Museum of Natural History in New York City.

Win or lose, we are very proud of Lynda and the outstanding contribution she has made to the field of mental health in California.  We thought you would enjoy knowing more about the commitment that earned this nomination, so we’ve included that story below.

It’s six o’clock, and Lynda Kaufmann’s workday is officially over.  Yet here she is, driving eighty miles on a congested California freeway to meet with a family that needs to arrange mental health care for a loved one in crisis. As Director of Government and Public Affairs for Psynergy Programs, a company that owns several innovative board-and-care facilities in central California for the severely mentally ill, one would assume that this is part of her job.

But Lynda knows that 90 percent of the people she meets on these impromptu road trips will never become clients.  They are the wrong age, or fall outside the criteria of care that Psynergy provides, or are from areas that the company doesn’t serve.  And yet, here she is, in her car again, driving to another county to help a family navigate the complex system of mental health care and find assistance for someone who desperately needs it.

When a board and care facility run by a competitor was closed because of substandard care, the State of California contacted Lynda for assistance in relocating the residents.  Because the state agency lacked the insurance coverage and mandate to physically transport residents, Lynda networked pro-bono with providers statewide and personally drove displaced individuals to new facilities, hospitals and other organizations with available beds.

On New Year’s Day, 2019, Lynda drove to Ojai to meet with a young man in jail. Delusional and psychotic, he was not on any kind of medication.  After threatening his family, law enforcement picked him up, and had been holding him for nearly two months.  Unless a bed could be found with the right kind of care and medical supervision, the young man was likely going to prison.  His situation was one of those relatively rare instances that did dovetail with Psynergy’s purview, and Lynda was able to relocate him to the facility in Morgan Hill and prioritize his treatment.  Finally, there was good news for the young man and his loved ones as he graduated from the program months later. From that initial crisis meeting in jail, he now has a job and is back living in the community with his family.

From making a difference for one person, to making a difference for the community at large, Lynda Kaufmann is tireless. In her work with Psynergy Programs, Lynda serves clients from 25 counties in California with a strong focus on helping individuals move out of locked psychiatric settings.  Like the young man profiled above, many people end up in locked settings because of the shrinking safety net of licensed residential facilities, and the fact that they have not yet met someone like Lynda who can help them find “the right place” to recover.

In addition to the one-on-one support that she provides to those in need, Lynda also contributes 10-15 hours a week to a number of organizations on the front line of the mental health care initiative in California.  Since 12/1/18:

•She testified at a State Senate hearing about the significant loss of licensed board and care beds in California.

•She was reappointed to the Santa Cruz County Mental Health Advisory Board, (MHAB)

•She chaired the MHAB sub-committee on the Mental Health Services Act, which determines how Santa Cruz County’s portion of the  FY 2019-20 $1.77 billion fund generated by that legislation (about $105 million per year) should be spent.

•Since December 1, 2018 she fielded 332 calls from readers of Psychology Today to help them connect with mental health resources to fit their individual situation.

Endorsed by her peers

Kathy Forward, executive director for the National Alliance on Mental Illness (NAMI) in Santa Clara County has been a contact and ally of Lynda Kaufmann for many years.

“I see her as a mental health advocate,” says Forward. “I call her about some of the folks who contact us who need to find a placement for their loved one.  She doesn’t hesitate to talk to them not only about Psynergy Programs but also if she has other ideas.  She is connected throughout the state in different areas, and can give them references and resources they might not otherwise know about.  She is also active on our Walk committee.  Lynda is a very compassionate person with real empathy for those she assists. For her, I believe mental health is a calling rather than a job – I sense that she’s on a mission.”

“Lynda is an incredible hero and resource to the entire mental health community in California,” says Williamson.  “She has shown amazing heartfelt dedication to families and individuals seeking guidance about mental health resources throughout the state.  She is a tireless advocate for those in the greatest need at times of crisis. She is fearless and knowledgeable in speaking out about the need to increase housing and services for people with mental illness.  She works as a provider but she also understands the real needs of people with mental illness and their families.” Williamson also noted that Lynda has served on the board of NAMI Santa Cruz and the Santa Cruz mental health advisory board.

While many are nominated as CNN Heroes, few will win. But we are convinced that the guaranteed winners here are the State of California and our Psynergy communities, who benefit every day from Lynda Kaufmann’s compassion and commitment.